HomeUncategorised A wedge is not a device to prop a foot up into neutral !

A wedge is not a device to prop a foot up into neutral ! 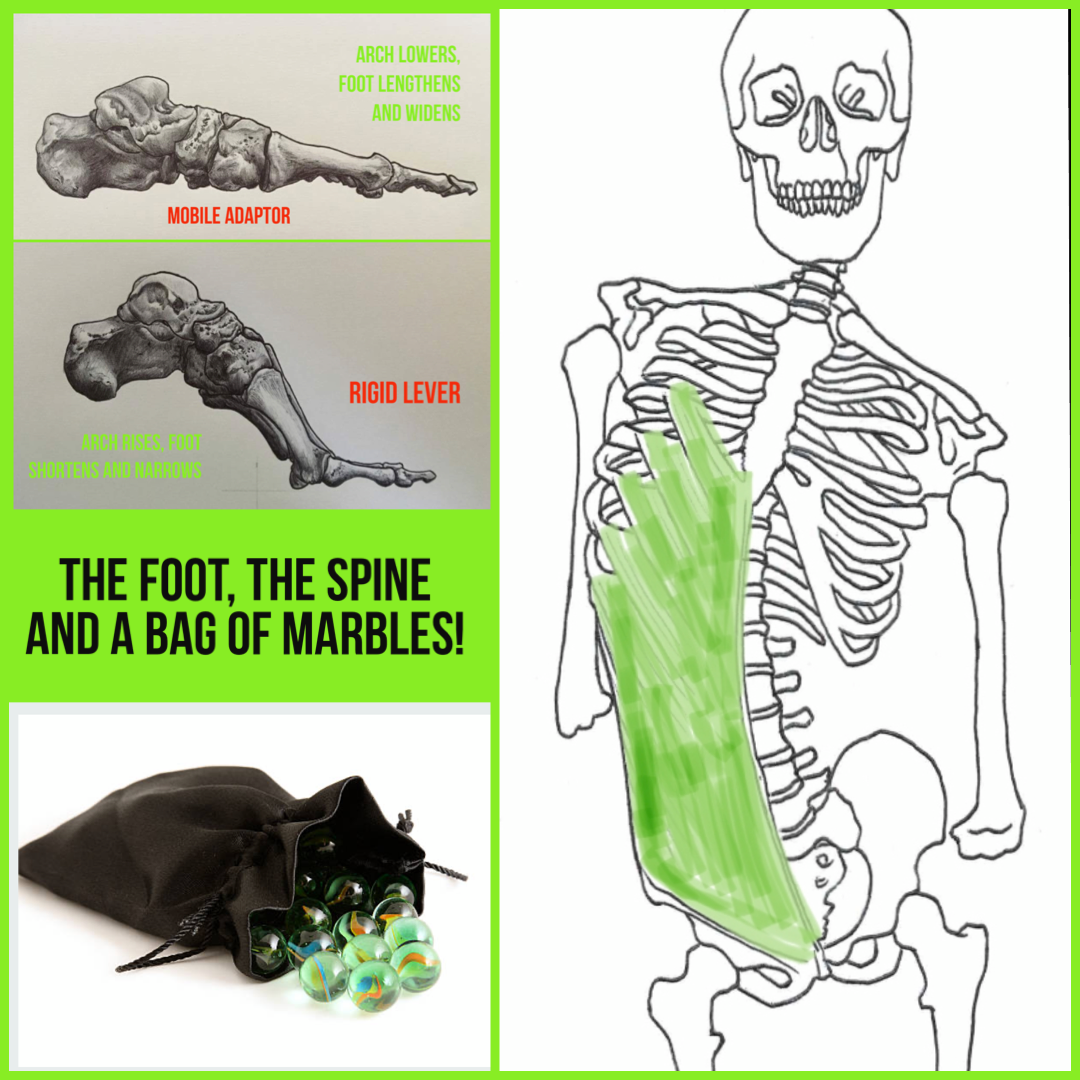 A wedge is not a device used to prop a foot up into neutral!

At first sight this may potentially appear an odd and unexpected thing to say… Shouldn’t we be using external devices to help flat feet attain a better neutral posture?

Well, yes actually, but just not in the way you might think.

It’s a natural and initial thoughts process that if something is collapsing (arch), we should prop it up and stabilise it.  But does that really apply to feet?

The foot is a unique structure in the body where it appears at first hand that there are reciprocal muscle relationships in place – flexors and extensors for example. And yet. The crazy thing is that,given the shape changes a foot undertakes to access it’s two optimal postural outcomes of pronation and supination, the vast majority of tissues in the human foot are set up to decelerate and control the movement of pronation, with very few small muscles set up to decelerate and control supination.  This is because supination is purely able to be managed by the rigidity of the bones. As the bones do their thing, the foot becomes more and more rigid and comes to its natural end range. When the foot pronates the bones spread out, the foot gets longer, wider, and splays outwards. I have a vision of a bag of marbles, falling over and spilling outwards, your first response is to gather them back in, drawing them back towards the pouch they came from. That is the role of the foot muscles, to contain that pronation. Yes to allow it to pronate optimally. Yes to make sure it doesn’t overdo it. And yes to bring those bones back to where they came from, gathering them up in an organised fashion to become rigid again.

The lengthening of the tissue in the act of pronation is the formative element of the foot’s movement. It’s how we educate our joints and muscles to do what they do. Muscle lengthening creates a “No option but to contract” scenario for the brain. What I think of as a ‘learning space’.

Flip that wedge around, place it on the outside of the heel, tip that foot towards a position of pronation with the tripod on the ground and give your brain (or your client’s brain) a chance to learn.

Allow me to elaborate…

Everting a heel adds length to certain muscles like posterior tibialis and soleus. The action of both of these muscles when shortening is to invert the heel in the frontal plane (both are three dimensional entities so this is just a small part of their bigger picture). By everting the calcaneus and lengthening the posterior tibialis and soleus, I create a need for these muscles of calcaneal inversion to contract. They must contract to cease and manage the movement of eversion. These muscles control the eversion through its eccentric lengthening and respond concentrically by inverting against the bones movement of eversion. A fine balance is created where the movement of lengthening and shortening of tissue is defined by the bones ability to journey through it’s full range of motion.

We have all grown up in a mindset of muscles move bones, and while I cannot deny that that is true, we must also recognise that muscles manage bone motion as well. Have a feel. Stand up and side bend to your left. Which side of your torso do you feel the muscles working? On the right. On the lengthening side. The side that is working hard to stop you from falling over to your left – which is what would happen if you were to be allowed to keep going. Now you might think of this as a stretch. It is. And yet this side bending motion happens unconsciously in your every day movement and thus requires a muscle (or set of muscles) to be specifically placed to manage that movement.

Once the muscle controls your movement enough with its lengthening, then the SAME muscle must bring you back to upright by shortening again from that lengthened position. No other muscle is optimally positioned to do so. Now, if you never side bend to the left, or can’t side bend to the left for any reason then this muscle actually has NOTHING to do…. the muscle on the right is interested in both the side bend left and right (whilst also having a hand in rotations, flexions and extensions as well!)

Key point of learning: Joints give muscles something to do! A muscle will do whatever it needs to manage wayward movement (away from centre/ neutral) and bring it back toward the optimal resting position.

It’s my interpretation that once the muscle has contracted to bring a joint or a structure back towards centre, it’s job is done for now. As the structure passes through centre and across to the right the muscular interest is now in the muscle on the left hand side, controlling the spine’s movement to the right.

This of course is different if you add a load. Say a dumbbell in your right hand and now side bend to the left. The effort to overcome the load will now be in the left side of your torso. This is the more classical appreciation of what a muscle does and from where weight training concepts arose. Hopefully you can see then that there is a difference between natural human movement and strength training. It’s worth understanding both while also recognising that your rehabilitation protocols, which should be on the natural human movement side of things, are actually steeped in the strength training side of things – which sadly might not be as useful as once perceived!

So back to the wedge, and the bag of marbles. The foot, once again is a unique structure in the body; where we have noticed that there are muscles on both side of the spine managing both directions, the predominant set up for muscles in the foot is to manage the foot’s pronation. And from that pronated position begins the contraction that turns the foot back into a supination.

Simply supinating a foot, or propping it up into a supinated position has removed the necessity from the movement; removes the role of the muscle from the equation and limits the joint’s range. A reduction in joint range gives the muscles less to do.

So by placing the wedge on the outside of the foot and encouraging it to roll inwards, flatten, lower the arch, pronate (all that ‘bad’ stuff 🙄) not only do you encourage greater range in the foot bones, you also demand and therefore wake up all of the muscles responsible for supinating that foot.

Which is what you originally intended to achieve by propping the foot up in the first place….

👣 Get started with our self-assessment programmes for Everyone.

👣 As a professional bodyworker, our online Educational courses are for you.